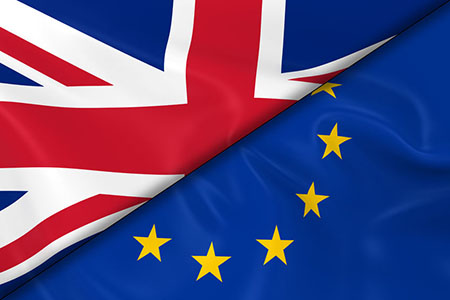 A portmanteau of the words “Britain” and “exit,” it is the nickname for a British exit of the European Union. The UK refers to the union of what were once four separate nations: England, Scotland, Wales and Ireland (although most of Ireland is now independent).

England and Wales voted strongly to leave the EU, and Scotland and Northern Ireland both voted to stay in the EU. The majority of British and Irish citizens voted to leave the European Union.

How will Brexit effect your Intellectual Property?

It is uncertain when the UK will exit the European Union, but once the UK officially notifies the EU of its intention to leave, there is a period of two years in which negotiations for the terms of the exit must be completed. Intellectual Property protection in the UK is a key issue regarding the Brexit results and here are some details provided below.

Trademarks and Designs
There will be no immediate loss of protection and once the UK ceases to be a member of the EU, EU-based Trademark and Design rights with respect to the UK will most probably need to be validated in the UK by way of a conversion procedure without any loss of priority in terms of filing dates.