A windmill is a structure or machine that converts wind into usable energy through the rotation of a wheel. Heron of Alexandria invented the wind-wheel, constituting the earliest instance of wind harnessing on land.  It was Estakhri who created the earliest known account of windmills. Windmills convert wind power to rotational motion. The first practical windmill was built during the 9th century.

Windmills can also be used to provide energy to sawmills, paper mills, hammer mills and wind pumps. In the US, the invention of the wind-pump (which pumps water from underground) was the major reason farming could be done in dry areas of North America.

A wind farm uses groups of wind turbines to produce electrical energy. One wind farm is built in Antarctica to reduce their reliance of diesel. There are about 280 000 windmills on farms across South Africa, second in number only to Australia.

Did you know?
Traditionally, windmills were used to crush, grind or press grains in a grinding mill. 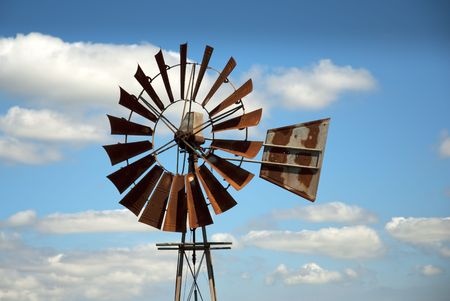 Smit & Van Wyk deals exclusively with patents, designs, trademarks, copyright and plant breeders’ rights in South Africa. Our team of Intellectual Property attorneys have the knowledge, experience and resources to give expert legal advice regarding your Intellectual Property portfolio. We can assist with the protection, prosecution and enforcement thereof. It is our mission to provide unparalleled service to our treasured clients by developing dynamic solutions which are tailored to suit individual Intellectual Property needs. The key to achieving this lies with our vibrant people, who are eager to go beyond the call of duty.

Patent Attorneys
It is highly recommended that your claims be written by a qualified patent attorney or patent agent. The patent attorneys at Smit & Van Wyk provide a wide range of patent-related services across multiple industries and fields of technologies, including patent drafting, filing and prosecution.

Franchise Attorneys
Franchising legal advice is specialised and differs from other areas of law, thus you need find yourself an attorney that specialises in this specific type of law. Franchise attorneys represent the franchisor, as well as the franchisee.