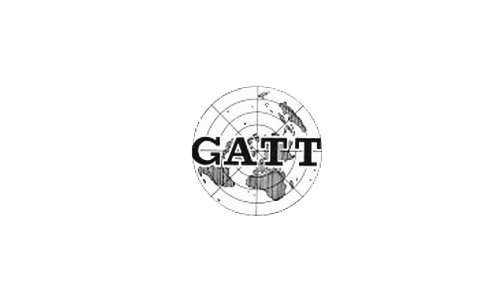 General Agreement on Tariffs and Trade

The General Agreement on Tariffs and Trade (GATT) is a multilateral agreement regulating international trade. The workings of the GATT agreement are the responsibility of the Council for Trade in Goods (Goods Council) which is made up of representatives from all WTO member countries. The current chair is Ambassador Héctor CASANUEVA (Chile). The Goods Council has 10 committees dealing with specific subjects (such as agriculture, market access, subsidies, anti-dumping measures and so on). Again, these committees consist of all member countries.

GATT was negotiated during the United Nations Conference on Trade and Employment and was the outcome of the failure of negotiating governments to create the International Trade Organization (ITO). The General Agreement on Tariffs and Trade was signed by 23 nations in Geneva on October 30, 1947 and took effect on January 1, 1948. It lasted until the signature by 123 nations in Marrakesh on April 14, 1994 of the Uruguay Round Agreements, which established the World Trade Organization (WTO) on January 1, 1995.

The original GATT text (1947) is still in effect under the WTO framework, subject to the modifications of the General Agreement on Tariffs and Trade 1994.