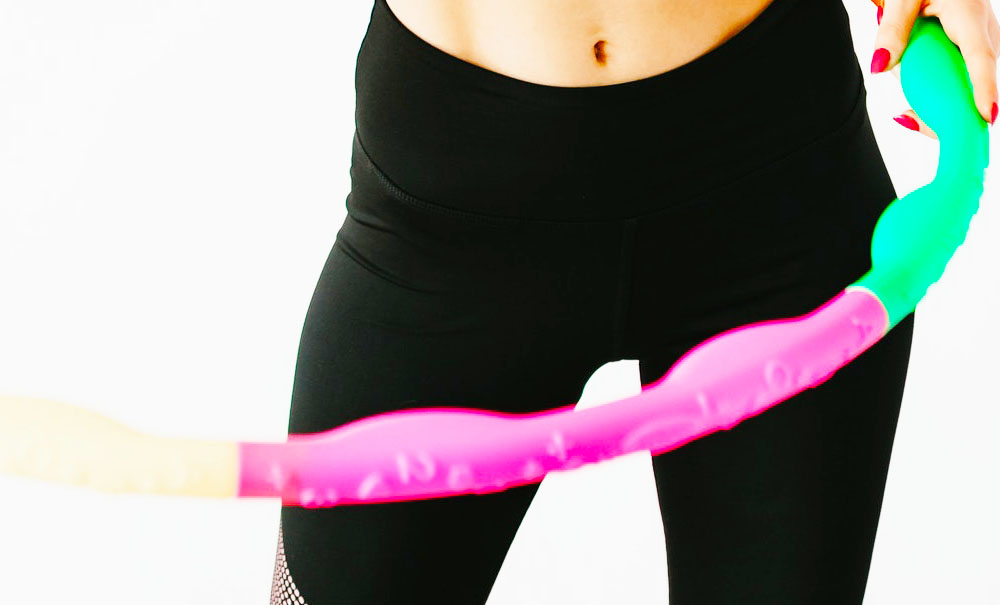 The hula hoop is a large toy ring that is twirled around the waist, limbs or neck. The hula hoop is an ancient invention and no modern company or single inventor can claim that they invented the first hula hoop. In the 1300s hooping came to Great Britain and homemade versions of the toy became very popular. In the 1800s British sailors also witnessed hula dancing in the Hawaiian Islands. Hula dancing and hooping look somewhat similar and the name “hula hoop” came together. In Greece they used hooping as a form of exercise. These older were made from metal, bamboo, wood, grasses, and even vines. Today hula hoops are made with plastic with added bits of glitter and noise makers, with some hoops that are even collapsible. Many modern hoopers make their own hoops out of polyvinyl chloride, polyethylene, high-density polypropylene, or polypropylene tubing. On 23 June 1964 Arthur Melin was granted a patent for his Hula-hoop. On 7 April 2014 the record for the most hoops twirled simultaneously (160) was set by Marawa the Amazing. Japan once banned the hula hoop because the rotating hip action seemed indecent. In March 2013 the largest hula hoop workout was achieved at Ravenscraig Regional Sports Facility in Scotland with 407 participants.