A stapler is a device that joins pages by driving a metal staple through the paper and folding the ends. It can also be used to join human or animal tissue together with surgical staples to close a wound.

The first known stapler was made in the 18th century in France for King Louis XV, but the first patent for a stapler was granted in 1866 for George McGill’s small, bendable paper fastener (US56587). McGill also patented the first commercially successful stapler in 1879 (US212316). The first published use of the word “stapler” was in an advertisement in an American magazine in 1901.

The first known staple remover was invented about 70 years later by William Pankonin and patented in March 1936 (US2033050). A staple remover allows for the quick removal of a staple without causing damage.

The Staple Gun was introduced in 1934. 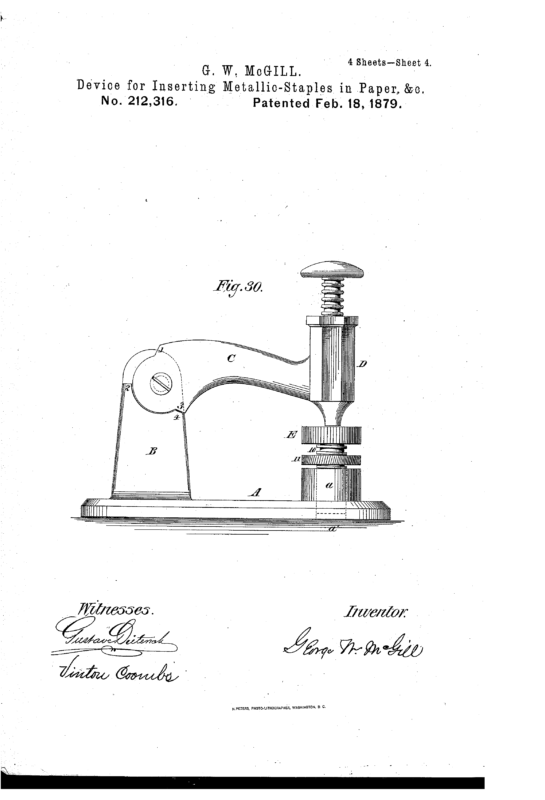